DAY AFTER
“2031” presents the challenge of thinking Montevideo under the hypothesis of the realization of the 2030 World Cup in Argentina and Uruguay. However, the focus is "the day after" the event. The previous world experiences demonstrate the importance of planning the use of the equipment after completion of sports contest. This was a key point in defining Megaloggia, as a new infrastructure for the future city.

PROGRAM
We decided to intervene in the sector three (delimited by the avenues D. A. Larrañaga, J. Batlle y Ordóñez, General Flores and Jacobo Varela - Toba), given their strategic node located between the two stages (the Centenary Stadium and the future Peñarol), Carrasco airport and future ferry terminal to be located in the area of Capurro. The proposed program includes residences for athletes and delegations, training venues, hotels and all the necessary facilities to accommodate the multitude accompanying the global event.

RECOLLECTION OF URBAN FIELDS
Meanwhile, the city presents sector, among other things, low density housing, urban and public spaces empty of low intensity use. Noteworthy is the presence of large number of soccer fields, located on private land and public of various dimensions. The proposal then collects these preconditions present in the city and reorganizes into a new urban structure with the necessary programs for the event.

GROUND ELEVATION
Megaloggia is basically defined by two parallel strips of houses thirty feet high, full and empty-configured so as to allow the passage of light and create outdoor spaces for recreation. In turn, these "porous bands" are discontinuous, in order to allow the connection of several key points of the sector and the city. The structure is completed by defining the cover, which is a "ground elevation": In it are placed mainly soccer fields (for team training during the global public use after the end of the event) and other sports programs and leisure. The space between the bands of homes complete with a multitude of commercial and cultural programs that give satisfaction to the demand of the structure but also respond to the needs of the city and its metropolitan area.

COLLECTIVITY AND THE COMMONS
Megaloggia is a commitment to collective housing and intensification of public space, a structure that connects different parts of urban area (sector 3) and  the territory, and propose a new mega- event for the city, and provides an extended field of the commons to its citizens.A structure that responds to the challenge of the World Cup but that includes the "day after" and it has the flexibility to be invaded and tran-sformed by the city without losing its essence. 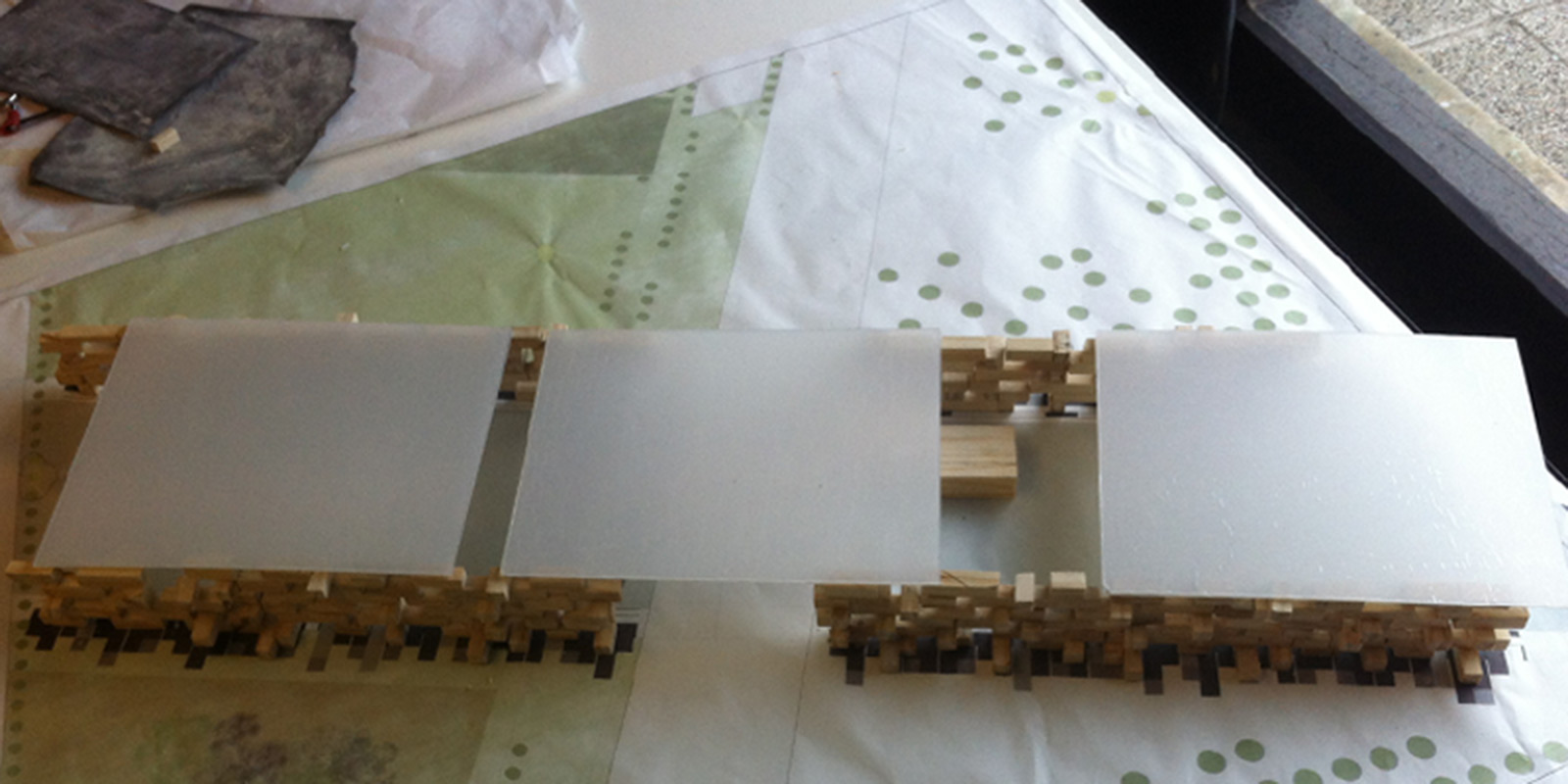 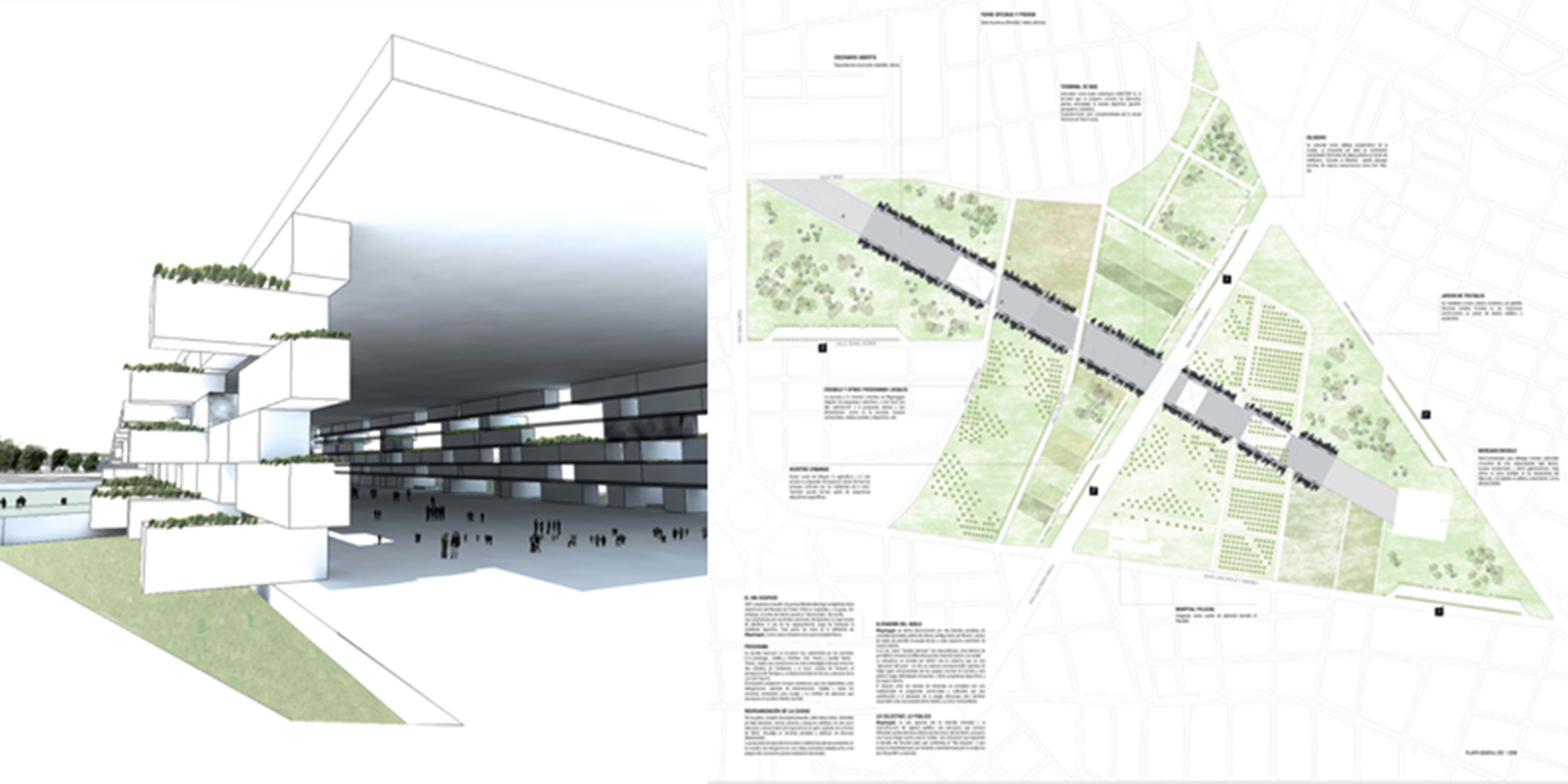 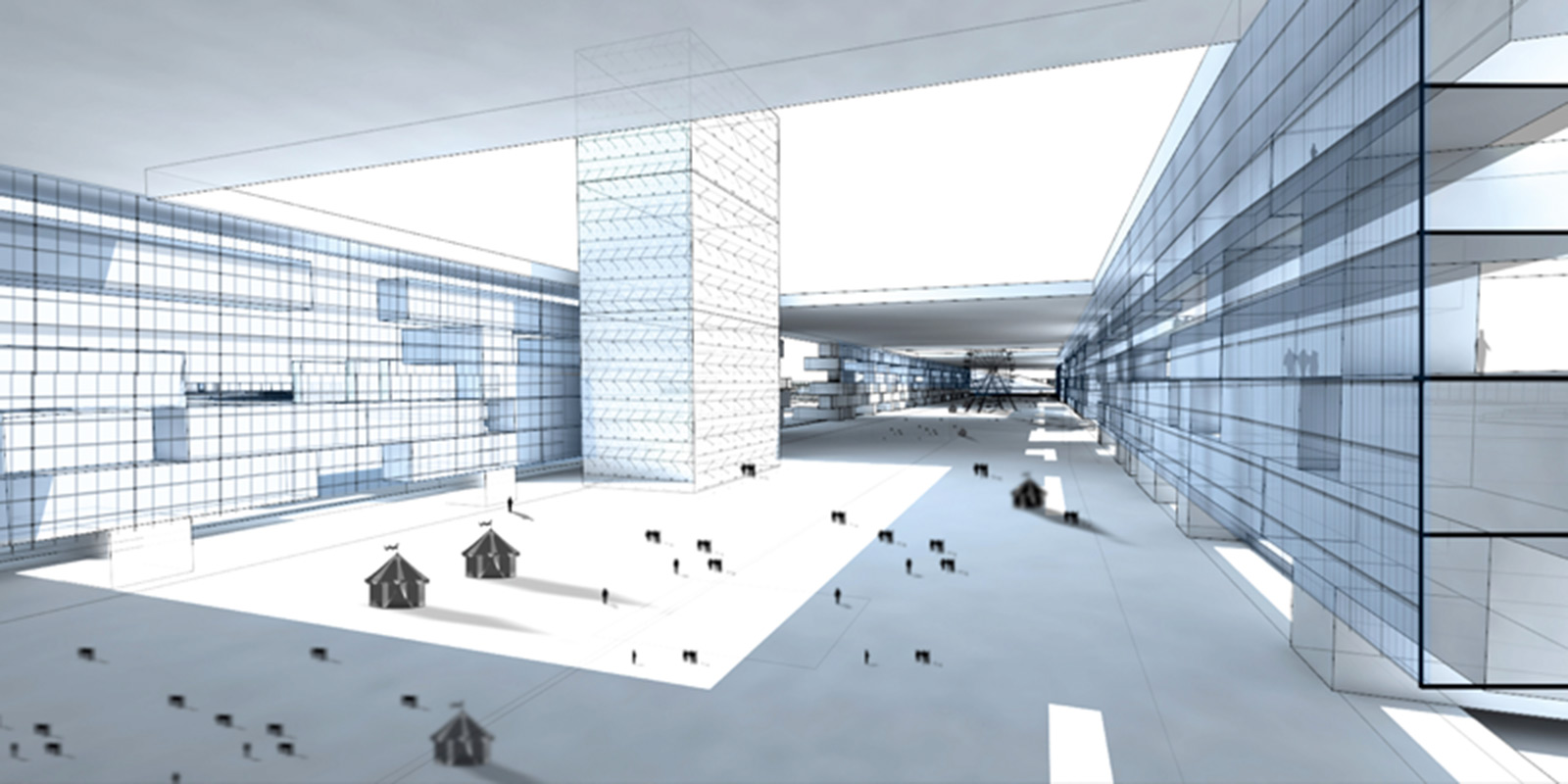 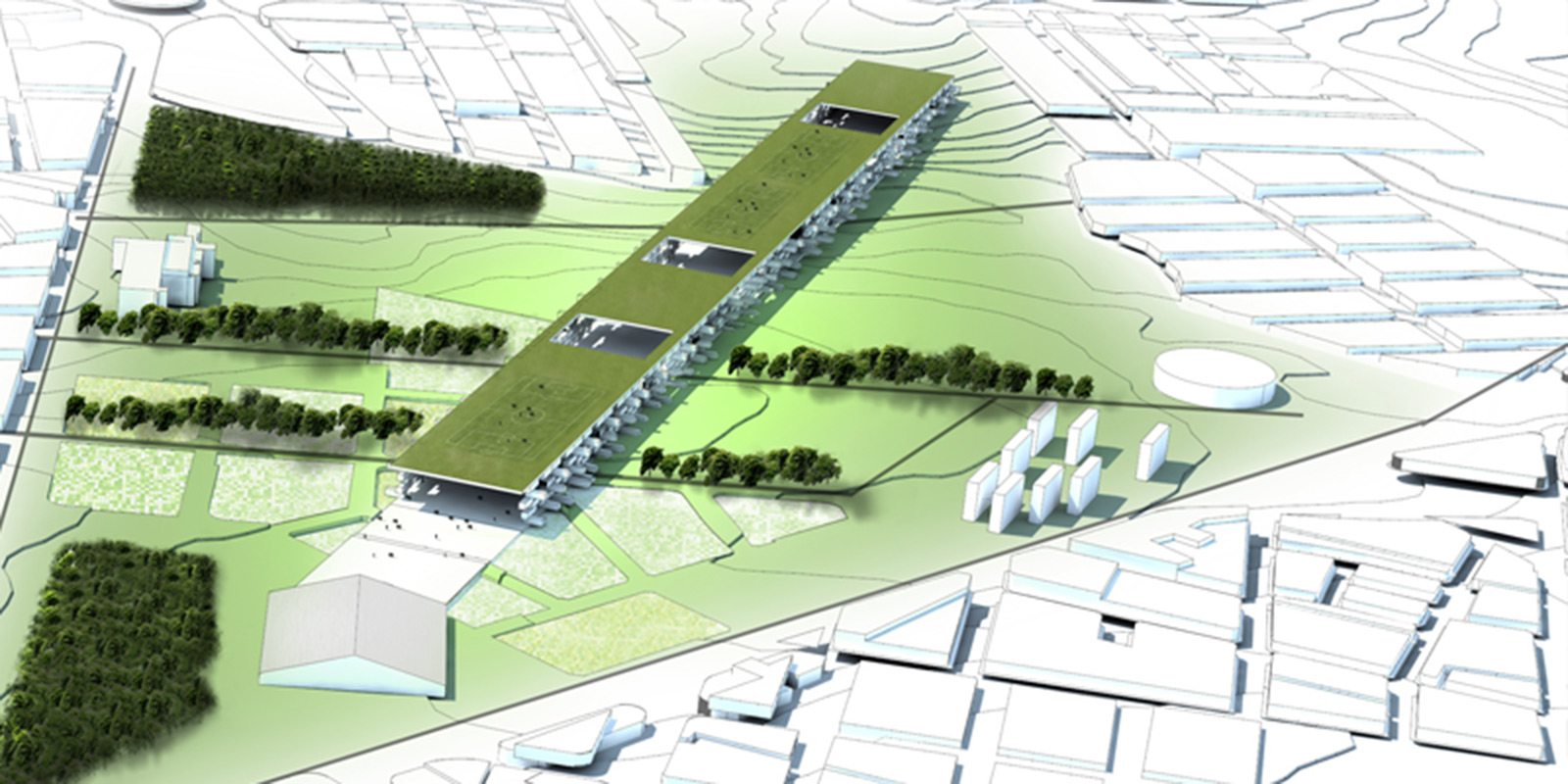